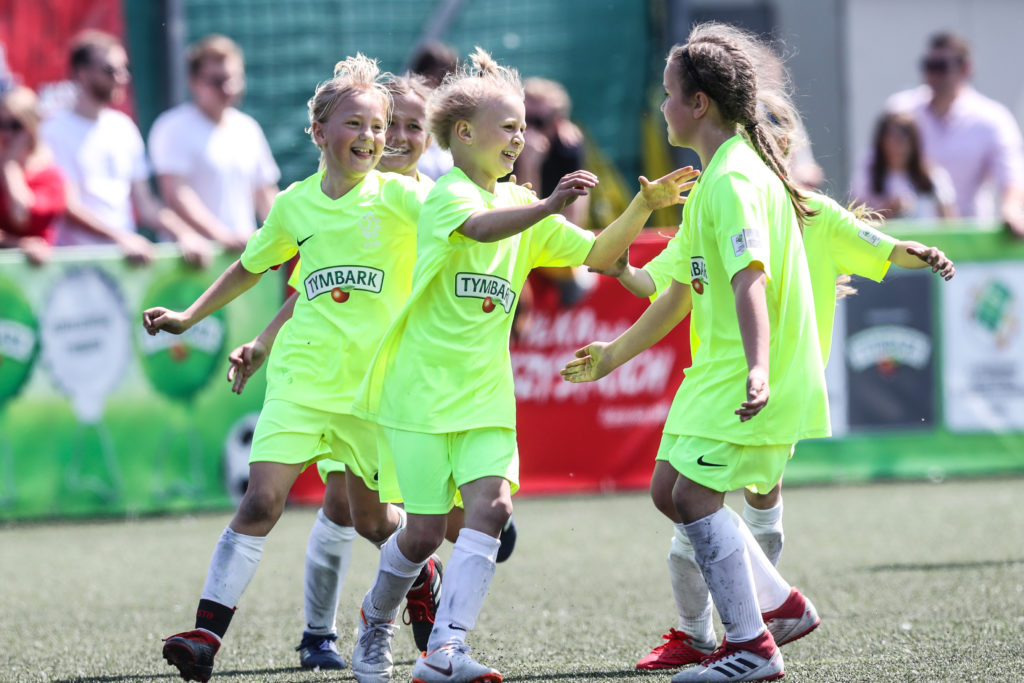 The Polish Football Association and Tymbark, a Maspex Group company, extend their cooperation in the “Z Podwórka na Stadion o Puchar Tymbarku” Tournament. Under the new agreement, Tymbark will remain the main sponsor of the largest children’s football tournament in Europe until 2024.

“Our cooperation with Tymbark has continued uninterrupted since 2007 and is constantly developing. During this time together we have created a unique event that encourages children to be physically active and helps them to fulfil their first sporting dreams. The “Z Podwórka na Stadion o Puchar Tymbarku” Tournament has become a very important point on the sporting map of Poland. The support from our main sponsor is invaluable, so we are pleased that our cooperation will continue. Through joint initiatives, we want to continue to promote the most important values that characterise our games: passion, upbringing, physical activity, friendship and commitment,” says the President of the Polish Football Association, Zbigniew Boniek.

“For 14 years, since Tymbark became the main sponsor of the “Z Podwórka na Stadion o Puchar Tymbarku” Tournament, it has been a unique initiative for us, which is connected only with wonderful and positive emotions. We are signing an agreement to extend our cooperation with the Polish Football Association at a difficult time for Polish sport, including for football. However, we want to give a clear signal and to reassure the participants and fans of the tournament that we will continue to support it, because we believe in this project and we want to develop it further together with the organiser. Today, to seal further cooperation, we are giving each other a little remote handshake, but there will come a time for a real exchange of shirts. This year’s edition, for obvious reasons, cannot be continued in the planned form, but I believe that we will soon return to the game and meet in stadiums all over Poland. I warmly greet all the participants of the 20th jubilee edition of the Tournament,” says Krzysztof Pawiński, CEO of Maspex.

The main idea of the “Z Podwórka na Stadion o Puchar Tymbarku” Tournament is to popularise physical activity and football among children in every corner of the country, making sports dreams come true and discovering talents. The games are held in age categories up to 8, 10 and 12 for boys and girls. More than 2 million children have already taken part in the tournament so far. As many as 1/3 of the participants in the tournament are girls. The grand finale of the competition has been held for 7 years at the PGE National Stadium in Warsaw, before the Polish Cup Finals. More than 50 representatives of Poland in different age categories have already played in the Tournament. The main prize for the winners is a trip to a match of the Polish national team and a meeting with its players.

“This passion for the game may turn into a professional career in the future. In the history of the Tournament, many current representatives of Poland in different age categories have followed the path “from the backyard to the stadium”. Paulina Dudek, Małgorzata Mesjasz, Krzysztof Piątek or Arkadiusz Milik, to name just a few,” stresses the Secretary-General of the PZPN, Maciej Sawicki.

“The start of cooperation with Tymbark (Maspex Group) was one of the key moments in the history of the Tournament. Without our joint commitment, the game would not have gained such prestige and popularity. We want to develop the passion of young players through such actions.”

The “Z Podwórka na Stadion o Puchar Tymbarku” Torunament has been organised since 2001. The Tymbark company has been the main sponsor of the games since the 7th edition, held in 2007, and under the new agreement extending cooperation with the Polish Football Association, it will remain so until 2024.

Currently, the 20th edition of the competition is underway, which due to the restrictions introduced in Poland due to the epidemic was suspended just before the regional and national stages. The organiser, the Polish Football Association, will keep the fans informed about all decisions concerning the resumption of the games on an ongoing basis through the website www.zpodworkanastadion.pl and the social media channels of the Polish Football Association “Football for everyone”.